@Tyler WA Will you be making everything or can we bring food as well?

It's just natural flavors. I didn't think anything was wrong with it.

It doesn't have any of those artificial sweetners in it

Everything is covered, but you're welcome to bring whatever you'd like

Water is lame. Only hydrofags guzzle gallons of water. It needs to be at least enhanced with electrolytes. Jesus hated it so much he turned it into wine.

@all who is staying the night for Thanksgiving?

I will provided there is space. Consider me last in line for crashing there

I am, provided nothing forces me to do otherwise.

I'll be heading home after the festivities

I am not, provided there are suitable roadways upon which to travel home.

Shove this down the people around you’d throats^ ask them if they’re comfortable with this? Ask them if they want to be a minority in their own country. Ask them if they want their money to go to people who are taught to hate them and their nation. They'll budge. I've gotten all my family and friends to admit they don't want this. Most fundamentally agree with what we stand. They just are afraid of speaking up and being condemned for being racist. Feed on these peoples dissatisfaction, show them the light, and work on getting them to not care if they're called racist. Been having talks with white guys at work and they are ALL sick of the discrimination towards whites. The melting pot is boiling over.

Imagine not doing abs with Jeff everyday. I can’t.

A lot of people realize the way out of the problem, we just lack one unified voice to rally behind

Or they aren't aware of said voice would be more accurate. Buried in an era of misinformation

Scouting out a site for a stencil run.

@Walter ID Meet up next week?

Sure, just let me know when.

We don’t steal anything

Don’t waste the 4x. Get some latex based paint

Whoever gets off work first today go get some^

I’ll probably be getting home at 7pm like usual. Lmfao I need another job.

@all bring cash tomorrow please. We’re gonna throw down on some inventory money to @Ethan WA for supplies.

Just a little bit from everyone goes a long ways.

Got a phone call today asking me for money for supporting the police. I replied and said “I do not support the police they are system pigs policing this technofuturistic shithole into existence. Have a nice day though.”

They have enough cash to buy MRAPs from the DoD.

Also, I just use the normal 1x white cans they work well enough for what I have going on during my solo activism

What time are we meeting up Saturday

@all Saturday is BYOB. Just nobody be exuberantly intoxicated. The rule is don’t ruin it for everyone else. A man who cannot hold his liquor, is a weak man.

Dinner will be in the evening. Roll up whenever you want Saturday

Earlier better if we want to go out during the day.

Anyone in centrallia Saturday Sunday?

@Marcus WA come to our dinner

You’re already in the area. If for whatever reason you can’t, @Clarke WA and @Jack WA could probably meet you.

I got work Sunday, sorry

Any time next week will work, It needs to be done late at night though (like 1-3 AM), we can of course supplement this with posters! What works best for you?

or someone who isn't used to liquor, though generally speaking you are correct. 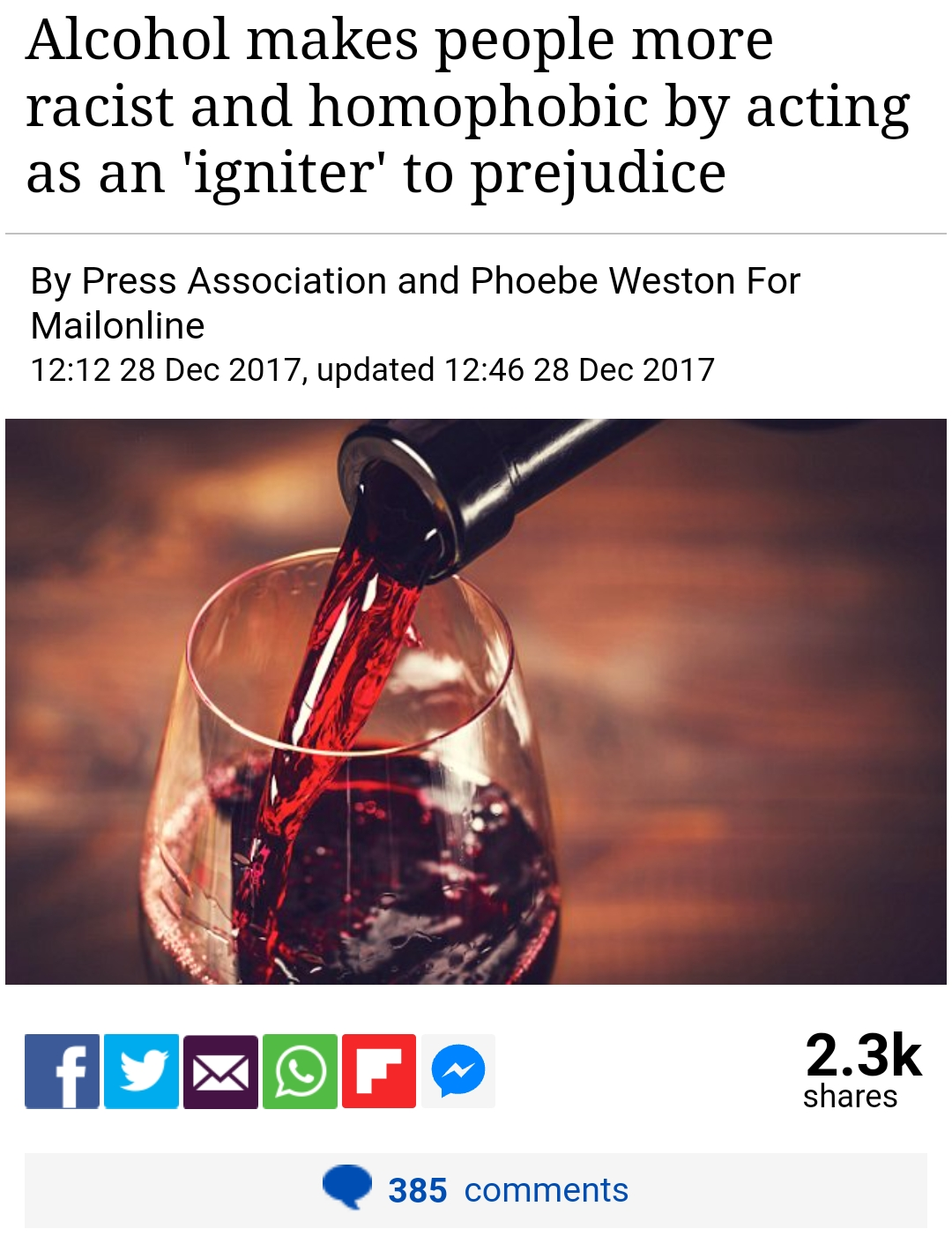 Kyle Rittenhouse not guilty on all counts boys. What a great start to the weekend 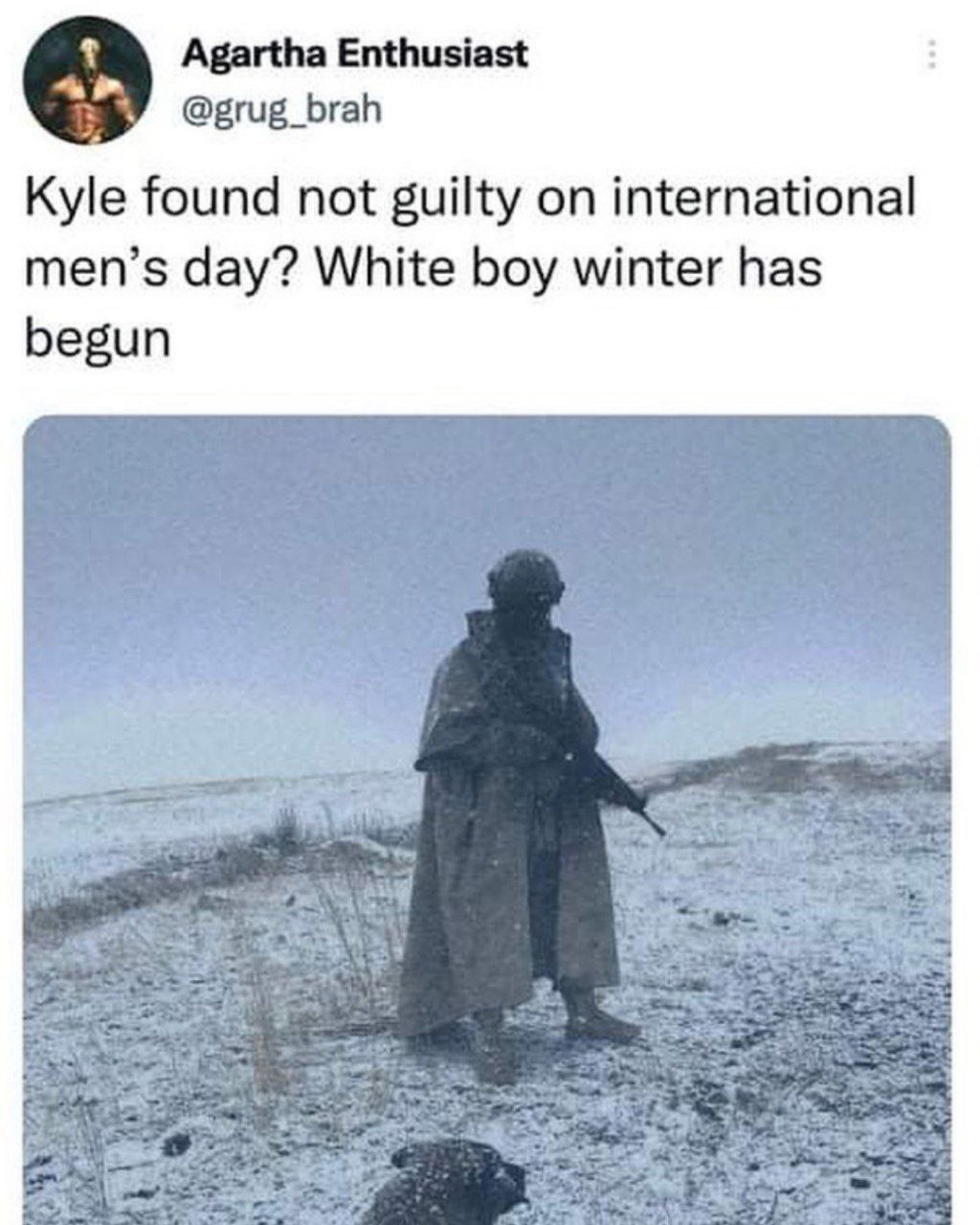 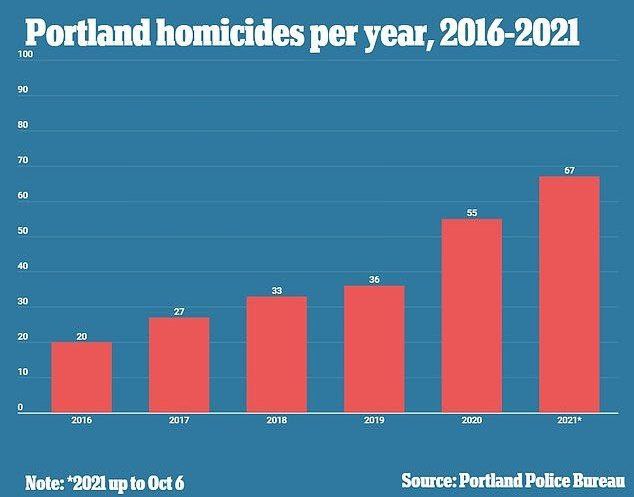 Portland REFUNDS the police: Department gets an extra $5.2M as city faces greatest cop shortage in decades and record number of homicides after slashing $15M from the budget over Defund the Police movement

@all Just rented a spot to park my truck for the weekend for our airport travel. However, my truck only holds me plus 4 others. A total of 11 guys are coming up. We need another method of transportation for everyone. 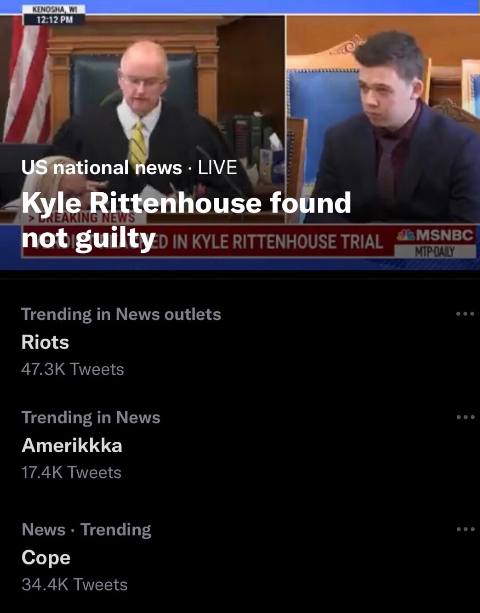 All checked in. Let me know yours guys ETA.

Lots of burgers for dinner

Jack and I should be arriving at about 10 PM

Will you want dinner?

@all hanging out on mumble 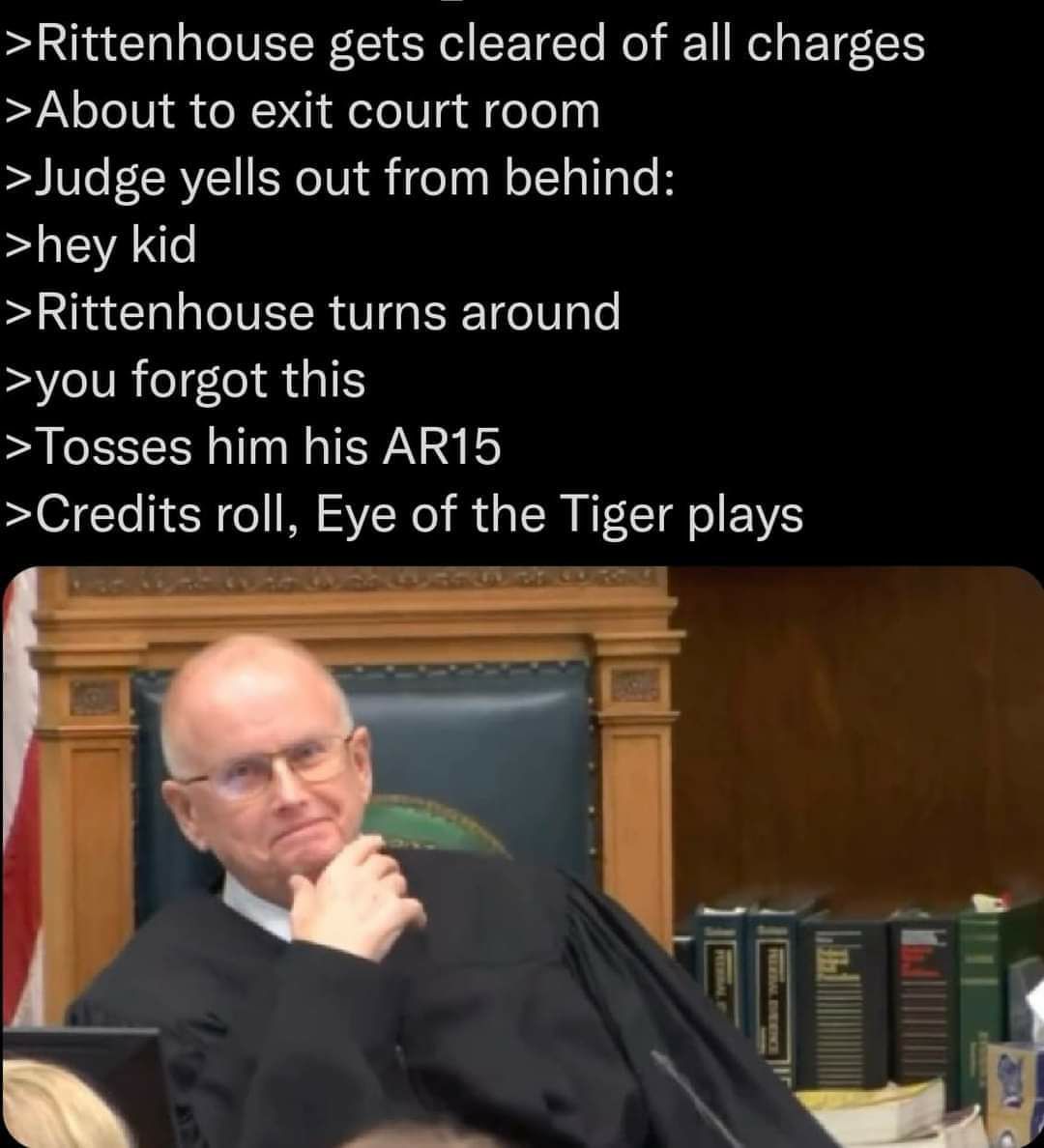 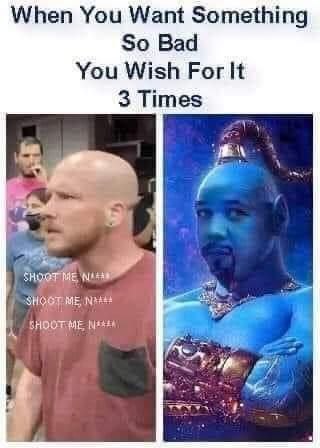 @all GEAR LIST HAS BEEN SENT OUT VIA DMS. PLEASE READ IT.

@Tyler WA Yes, wife and I had to leave late but we should be there around 10.

Eta 10:50 running super late had to help my dad out with some stuff. Sorry guys.