What time are you thinking?

Oh I was at an event tonight.

The biggest step to OPSEC is deleting all social media, that is the largest bang for your buck. I also use Protonmail and have one alias for my normie stuff and another for my wignat stuff.

Unfortunately I don’t have the needed rocketchat permissions to do that. @Michael TX should have the permissions and I think he has done some setup on the vetting server that is similar.

I think Thomas has the ability to add rocketchat admins. If I can get that permission I should be able to make configuration changes like that.

That sounds correct. Probably not a half bad idea to make a new backup anyways if that hasn’t been done recently.

How did he determine that?

Send me an example of one of these reports. They generally don’t contact you unless it is a device from your IP causing problems like trying to brute force SSH for example.

Not unless it was needed.

Not really it was mostly inconvenient timing given that I have a flex spending account to empty before the money goes poof.

get this Patriot a coat

Did we ever check to make sure Nginx isn’t logging IPs on the vetting and main servers?

I know we need to update rocketchat on both since those are behind on updates.

I think it is over 6 months old

There is an event being organized through the TRS groups and the Kulaks where it is a discussion of Antifa organizing and how they work internally. They have someone who will be presenting who has good knowledge on the subject matter. If you want in drop your Threema.

On December 3rd, 830pm central time we will be having a guided discussion of antifa, as explained by an individual who is intimately familiar with these groups. The discussion will be conducted over jitsi.

This will be a breakdown of how antifa actually organizes, there's a lot of misconceptions on the right about what "antifa" is and is not and more accurate information will help assist us. As well he will be going over activism/propaganda along with pre-emptive prison "prep".

The whole thing thing will take roughly 45 minutes. It is highly recommended for all persons attending to take notes, so as to disseminate the information to others.

If anyone mentions violence in any context they will be kicked them from the call. If multiple people mention violence the call will be ended and this will not happen again.

Recording will be not allowed to protect the confidentiality of the presenter.

The presenter is an individual who was close to leadership of several prominent groups, he has a perspective on these organizations that many within our movement do not possess. This information will better paint the picture of the opposition as well as potentially provide ideas for furthering our own organizations & cause.

To prevent excessive background noise we ask that all present use headphones.

I have been told it is open to the wider movement, though I am only sharing it with trustworthy people to not take advantage of the fact that it is open.

Should I offload my stuff? I am already losing.

Is the social media team reporting Twitter doxxes of our guys? Antifa accounts have been getting locked today and many doxxes were forced to be taken down to unlock the accounts.

Do you know who would be a good contact for that?

Yeah please do so

Atlanta Antifa was one of the accounts impacted.

Only Thomas and anyone in his house have access to that

It will get fixed after the bake sale 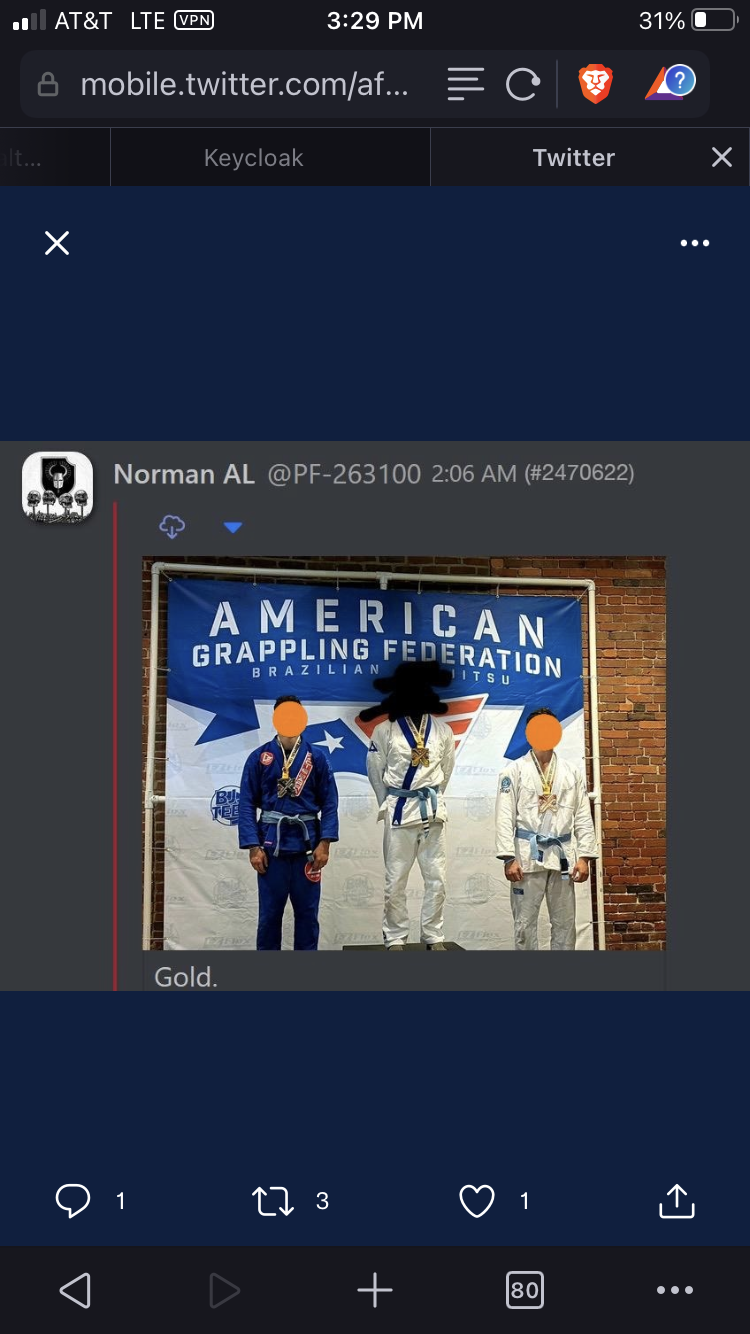 We have an infil

I can decide when I get off of my shift

look at the script above and solve for the missing value

Does that include spaces

Only Thomas and Michael have admin functions

I think I found a useful image to find the number I should be at my computer in a. Hour 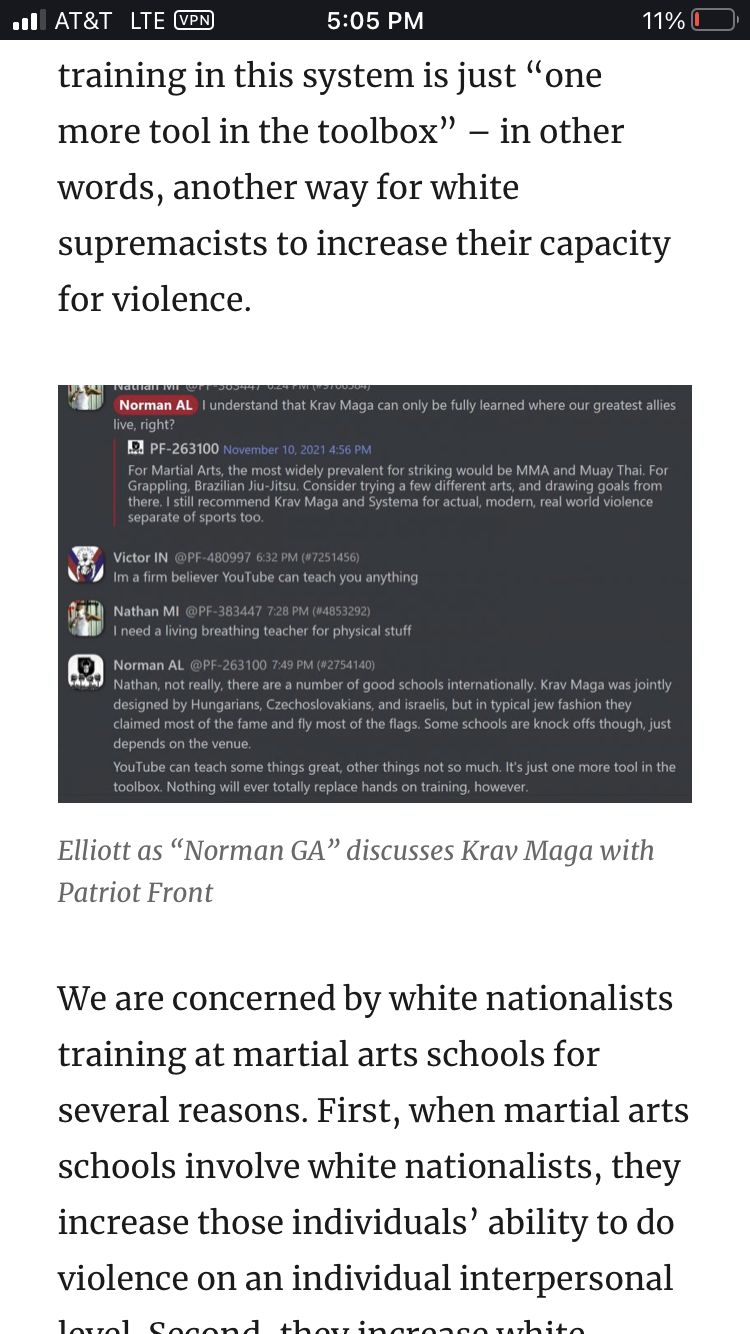 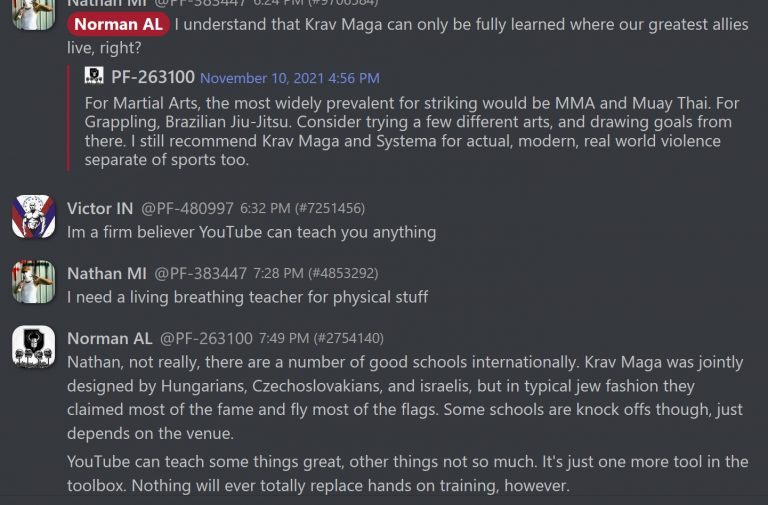 Like any good poison it must not work too quickly or the rats will know.

I am working on it now

My guess is he is not coordinating with Atlanta Antifa if they dumped the dox while he was there.

Given his location affiliation with puget sound anarchists might not be out of the realm of possibility. Some members of theirs got arrested a while back on terrorism charges for trying to derail trains.

John WA has some clues on Vincent WA since he rented a van with him. The guy is a ghost.

John is likely an unpublished dox at this point.

Did we ever find out which chat those screenshots came from. Given the person who sent them I assume it is some kind of fitness chat.

Got it. By now if anything else was going to happen it would have happened.

Also seems like word is getting out about the gun and the vehicle exchange attack within the TRS circles.

Anarchists will likely anonymously take credit for it on IGD sometime soon.

link to the page.

ok I can at least spread word it isn't verified.

I told Dharma King on Telegram

I think I remember him. Pretty sure he has an SPLC page.

I will make sure he is banned from nationalist channels

I didn't see anything on Twitter. Either a tail or another more silent infil

Did they do it?

It is possible, how far was the exchange point from DC proper?

That Jew is obsessed ever since that Buzzfeed story.

That is a good find though. Having one truck for vehicle exchange might not be a bad idea.

that would make sense