You some kind of mind reader?

I have no shields in my possession; how was the exchange with Arthur, was he chatty?

This is before you got named ND nw8

Hes smart enough to realize that he's choosing what's easy over what's right, and he's got enough of a conscience that it lsnt an easy move

He does have material conditions which are inhibiting him to an extent but at the end or the day he makes his own choices we can't make it for him.

Hopefully he nuts up in the future

Maybe you and @Ben MD can coordinate an exchange; he just came into a bunch

"Regarding December, I have thought long about this specifically before making my decision. I mentioned above some conflicts with how I should personally be involved with the greater movement. The primary issue here is that I have had some religious convictions with being involved with the group. I support the mission, but some of the techniques related to the activism, specifically the stenciling and defacement of other property, has given me pause. You might think this prudish and, to be frank, I’ve thought the same myself. If you’re familiar with the story of Gideon, as a young man he destroyed the idols on his fathers property even under threat of death. I see similarities there. But I can’t kick the conviction that being involved and supporting this might not be the right way for me to initiate change. It’s something I need to work out. I hesitate to promote an activist organization if I can’t commit to participating in and condoning their regular actions."

I may be able to facilitate after this demo

Can you please send me a final inventory of everything ?

I would imagine @Thomas wants it back at HQ in Texas, but if not I think I could swing it at Ben MD (to be confirmed, if needed)

My response was "Moses destroyed the golden calf, George Floyd is the messiah of a false religion of evil."

How are we faring on that front for Dec 4th?

Youre doing a lot of great R/D on the stencils and I think that you need to export your findings for the rest of the org to take advantage of your knowledge at some point. I feel like nw9 has managed to get bannermaking down to a fine science, particularly when it comes to how to fasten it 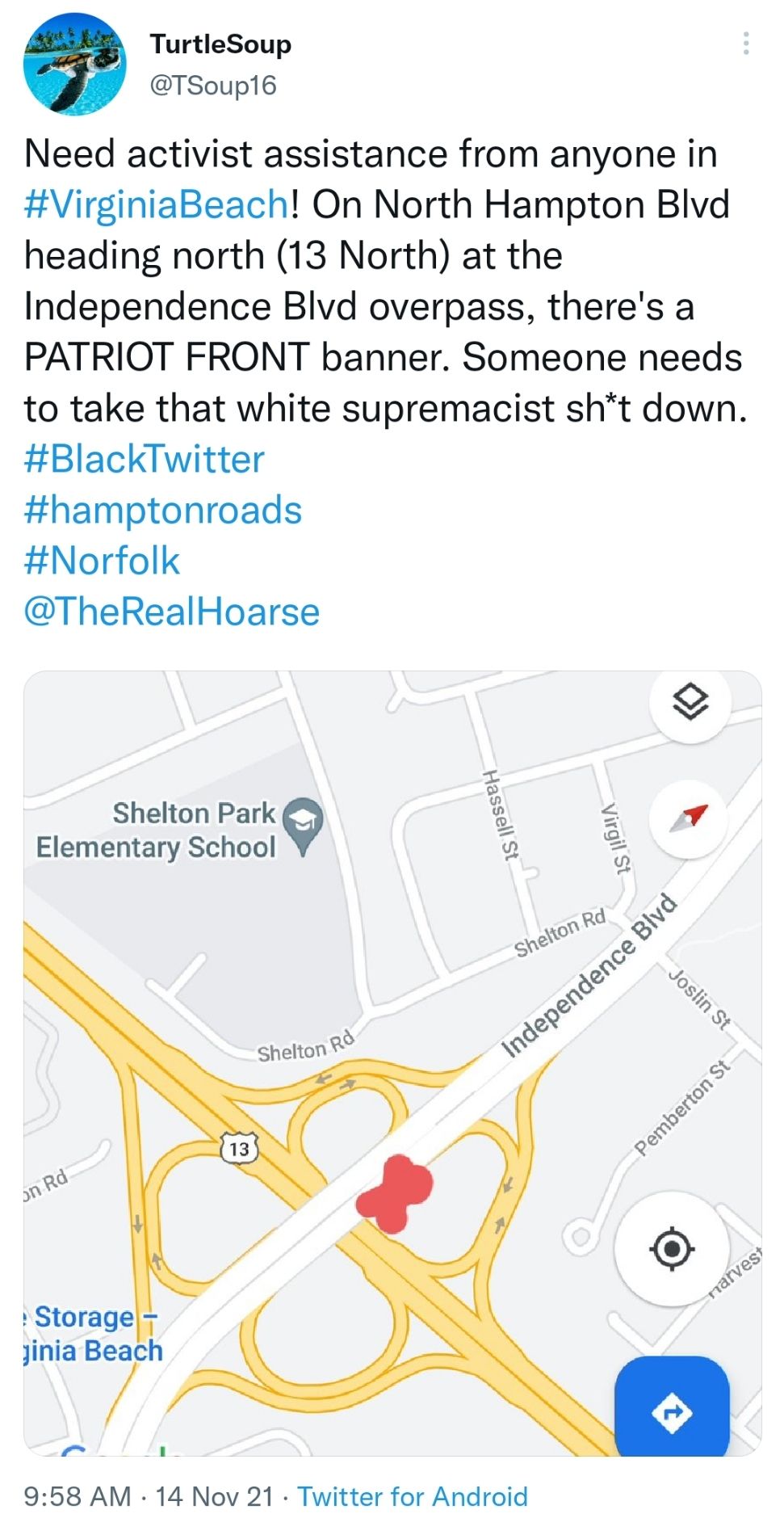 You could be less sharp with him he's new

You should be less sharp

An honest mistake is honest

What do you mean?

I am a a leader.
You are my friend, who has sought my advise on leadership
I advise you on how you can be a better leader
Rather than say the only thing you should say, which is "Thank you Samuel", you are debating me about the reality, which is
You should be less sharp with him.
Honey > Vinegar.

do you remember how you had to drive all the way to Rhode Island to resolve your miscommunications with Mike RI?

do you want to know how you can avoid that kind of thing in the future?

you'll get it one day

We need to finalize details on food

hold on I'm digging up photos

the top grommets we reinforce with white tape, notch a horizontal (not vertical) cut, and put a zip tie loop around it. We then connect
that loop and the chain link fence using a zip tie

we use these water bottles as weights, so we fling them over to weigh it down, but again the wind can sometimes be bad

I use a clothing hanger straightened out as a hook to fish the paracord connecting the water so it's butted up against the fence and taught down, then i'll use a ziptie to secure it in place

it's comfortable for two lines of text + the URL, and depending on the wordiness we have a small toolbox of Icons to add on like the hammer sickle

Yessir I used the projector to make all our stencils; the best thing for you to do is to take a weekend with the boys as a "work" weekend to cut all new stencils you traced out on cardboard/coroplast and to make a big pile of banners. In NW9 we did 15 banners in one day with 6 guys, and we did a whole bunch of training, fitness, sparring etc. while we were at it. It was a good break from the constant run for activism and left us with a very nice stockpile that is lasting us for the moment

i bought a projector and shoot the image against a wall, then I nail a piece of cardboard to the wall, trace the image with a sharpie marker and cut it out using a utility knife

Awesome day of Activism in the South, @John VA , @Vincent VA and I managed to score
2 message board reprogramming
2 banner drops
4 posters
in the VB/Norfolk area!

@all who are attending our Drilling activity next weekend please know that we will be fit testing everyone attending. The organization's current fitness standards are:
- 9 minute mile
- 3 Chin Ups
- 25 Push Ups
- 2.5 Minute Plank

to play devil's advocate, the Roman's had a little-known motivational tool called "decimation" that was definitely a force multiplier when it came to effective organizing

Samuel GA (former member) is re-joining, and guess where he moved? 45 minutes outside Huntsville

and you got a new apply in Atlanta