@Robert IN welcome to the org comrade!

Thanks bro but I think you meant to @ robeet

Sorry I missed the meeting tonight

How do I know who my travel lead is?

Ethan and I can carry up to 2 more people in the vehicle somewhat comfortably.

Hey brother I don’t think us Indy boys are gonna make it. An opportunity to Fulfill that religious obligation I mentioned has arisen, so we gotta take that

And hopefully another vettee I know personally

but yes that’s the plan

did he get with you?

Ethan and I are gonna be going through Ohio this evening. We’re looking for a place to sleep before we finish the trip home. If you could hook us up with that it’d be a good time to do some stickering and hang out. And we’d be in debt

Along the Great Lake I believe

On our way back to IN

What time will we be required to meet them there

Currently not looking good for Friday

Victor is also sick, he got tested for covid. Will know more after I speak with him

Victor and Ethan are good to go

im praying I wake up better tomorrow but hard telling

Hey boys I’m down with corona, just got some bad news Ethan wrecked his vehicle. Trying to find out details now

This is Victor Indiana’s telegram

Is Victor with y’all

Hey man sorry for not keeping you ipdated

ethan was gonna be driving, I dropped out because I’m down with covid, ethan crashed his car yesteday and Victor is with somebody from Oklahoma

Who is Victor with

Mason is trying fo confirm he’s with another travel group

Been to his house, been through some hard times with him. Good dude

Hey bro Vincent KY is applying to rejoin. He said you knew him?

Been sick with covid so haven’t been on the streets as much as I should. When I get back to 100% I hope to be doing some stickering and a meetup with Indiana guys

Doing a show called National Bolshevik Radio nightly at 9 but that’s more or less been on hold as far as my involvement due to covid. I think we did one yesterday and we’ll be doing another tonight since I’m getting better, and I have an Indiana Active Club Meetup this weekend

Also running some telegram channels, the ones I’d imagine that could be of interest are called The New Black Front; essentially a channel and group chat some friends and I started to foster ideological discussion and innovation. Then a channel called Orthodoxy or Death which I use to promote Orthodox Christianity to Nationalists and Vice Versa

I mean he’s chill with us, I know back in the TWP days he wasn’t a fan but neither was I. After years of putting in work and establishing itself, it became impossible not to respect the work and ideals of this organization. Were my work on that podcast to become contradictory to my self improvement, I would certainly put that aside. However as far as working out goes I tend to get that done in the early hours in the morning, i tend to do stickering a little later in the evening, and work can sometimes be an issue but there’s no problem starting it later.

May I ask why it needs to do so? Not one for beginning a project to just drop it

But there’s also the question of how this podcast fits that definition moreso than my involvement with Indiana Active Club, or for example the involvement of other members with organizations such as the National Justice Party

But haven’t you yourself and other leadership figures attended NJP events? I think you’ll understand if I feel this is at least partially becoming an issue because of the phrasing of National Bolshevism. Which, while understandable; I don’t think could be considered directly contradictory with the ideas of this organization or most of its members

Yeah I get that that

As far as AC goes that was basically my plan sir. I’m still a tad undecided as far as the podcast, I’m sure you understand my situation in that regard. I will double down on my dedication to Patriot Front, as I’ve been trying to do the past few months.

Rocky. But I’m recovering from covid, am currently on my way home, just got some flyers uo

I’m trying bro. I wanna get working out again 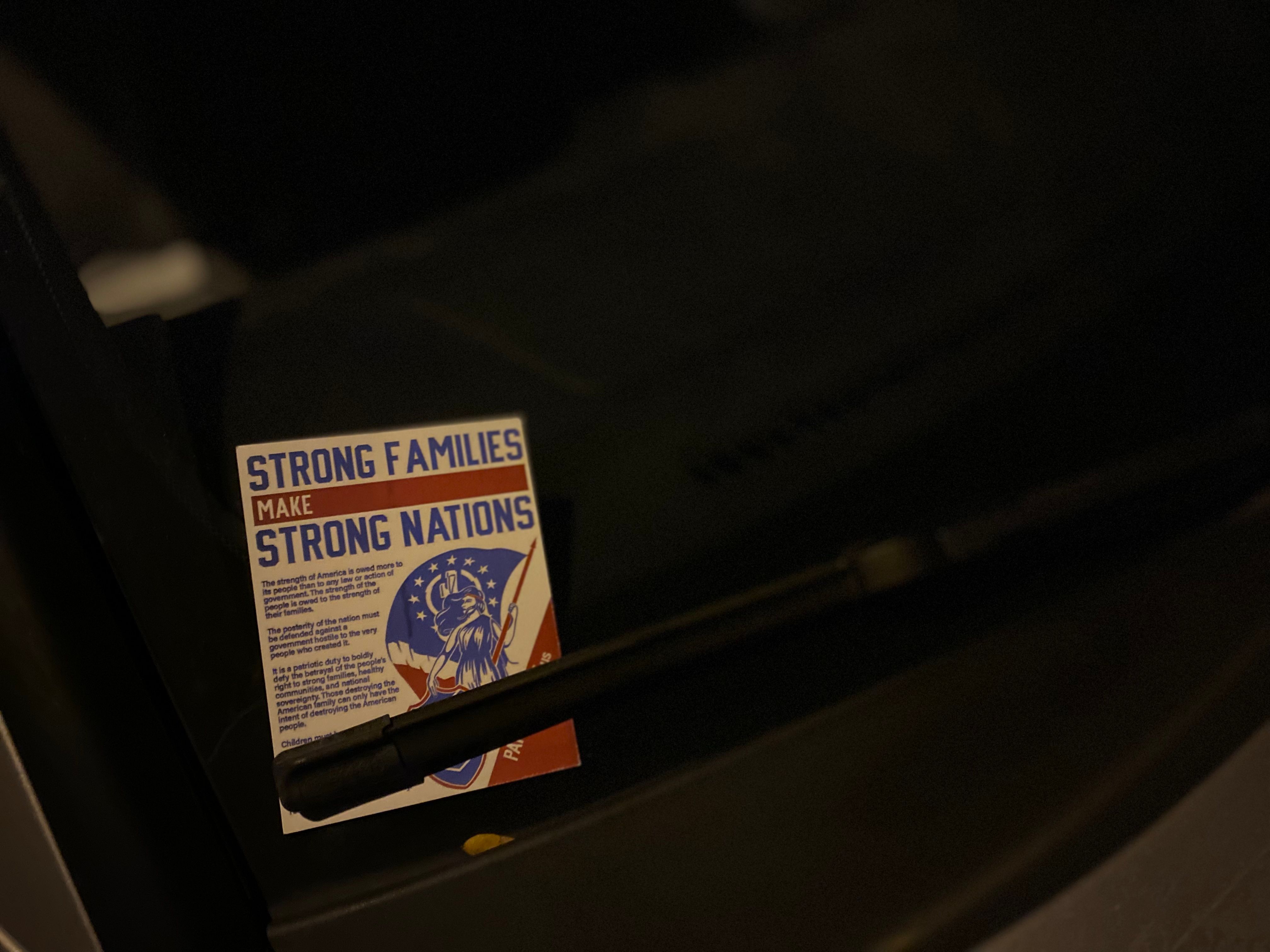 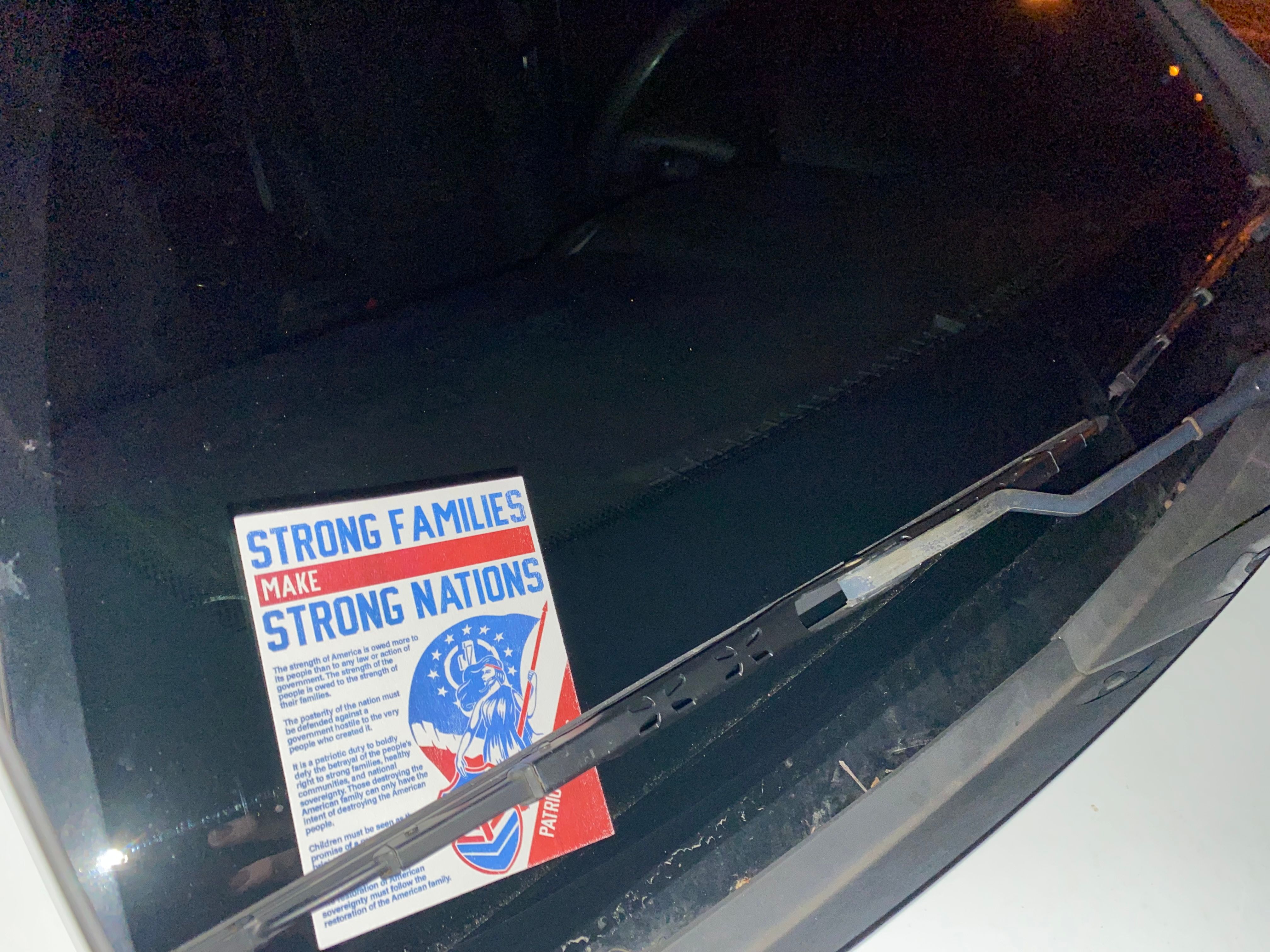 So one of the guys getting interviewed is one of my AC guys, he was vetted by a southern Indiana guy so I don’t know him. I’ll be meeting him for the first time this weekend. Would I be able to vet him for PF or is that a conflict of interest

Fair. Yeah I don’t know the guy, but I imagine I could be influenced by Vincent KY , who is our mutual friend

Oh well the returning one is the guy I knew, figured he was the one you talked about last night. Dang we really are getting a lot of applications

Starting my fast back up again for the first time in three weeks today boys. Gained like 5 pounds that I lost back. Gonna try working out, but I’m not sure how ready my body is after corona, something is better than nothing I suppose

All with @Ethan IN and @Victor IN

Thanks brother. Def gonna stick to it this time, problem this time around was mainly just being sick, but I’m still gonna invest in some snake juice too just to be safe

I mostly try to avoid anything useless. Obv junk and soda but also stuff like bread, noodles etc

Hey Thomas you mentioned March For Life, do I need to be available for that? I usually go with my Orthodox crew to that stuff, but it works for me either way

Are we not going to Chicago March For Life?

Oh I see, I thought you meant we’re doing something the 7, 8 and 9th but wasn’t sure what yet 😂